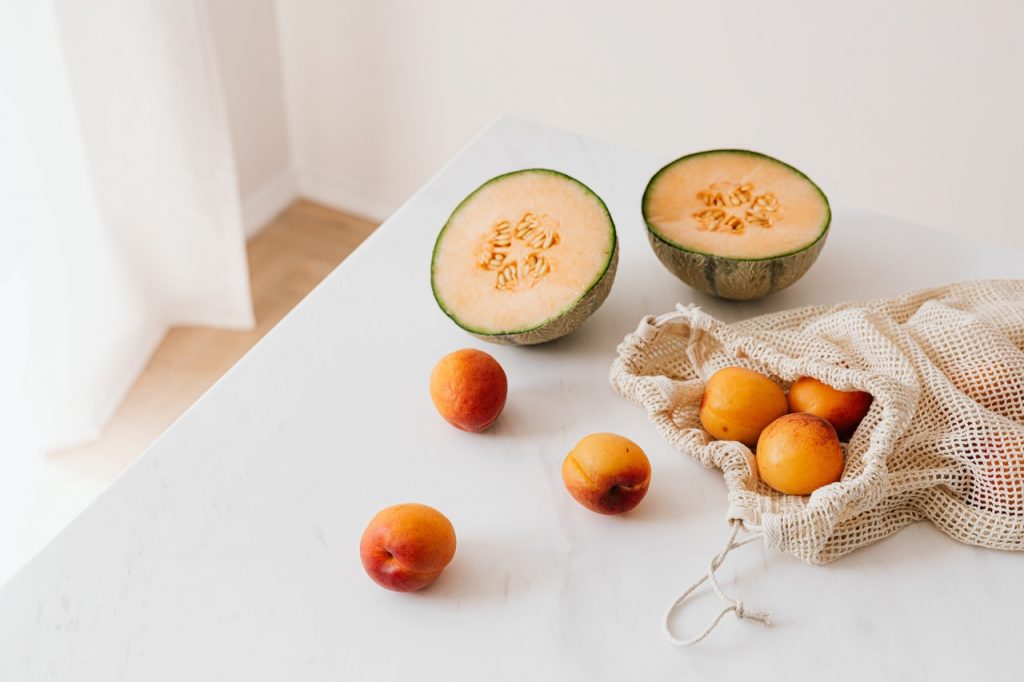 How hard is it to go Zero Waste?

Before we jump into the discussion on how hard it is to go Zero Waste, let’s first start by understanding what Zero Waste means and get familiar with some stats that would surely make your eyes water.

Zero Waste typically means that no waste is sent to landfill, incinerated, ends up in nature or in our oceans.  It is a concept in which we refuse, reduce, recycle, reuse and rot.

The Zero Waste movement has gained momentum with many of us understanding that we only have one planet but at our current rate of consumption, we need 5 planets to satiate our desires.

The global generation of waste has increased significantly in recent decades and does not look to be slowing down.

Currently, we generate 2.01 billion tons of waste annually and it’s estimated that by 2050 waste generation will have increased by roughly 70% to 3.4 billion tons!

Let’s break that down, shall we? 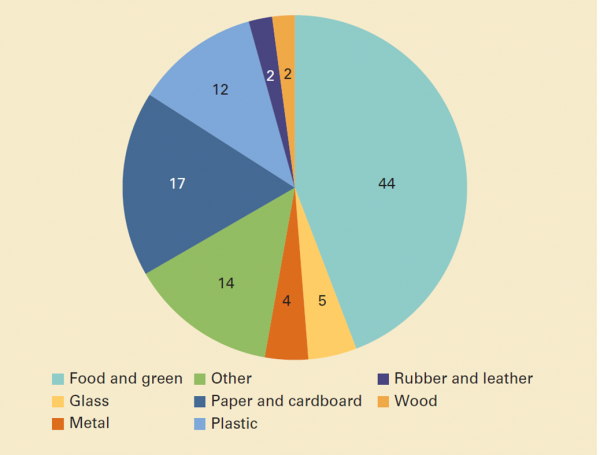 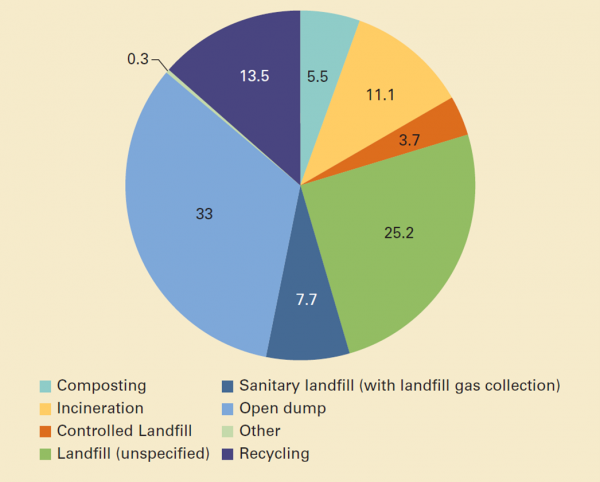 You can see from the diagrams above that the majority is made up of Food and Green waste. Close to 60% of global waste ends up in open dumps and landfills where there is no landfill gas collection system, resulting in harmful greenhouse gas emissions being released.

I found out through my research for this blog that food waste contributes to nearly 50% of emissions!

Can I go Zero Waste?

In the purest sense, going zero waste means that you don’t produce any trash. This is enough to scare anyone off from beginning their own journey of going “zero” waste.  I am not a proponent of perfection – the notion that we don’t do it unless it’s perfect. If you wait for perfection before starting then, there’ll be no forward progression.

In the wise words of Anne-Marie Bonneau:

I’m a great believer in doing the best you can with what you have and bringing consciousness and awareness into everyday choices which can significantly reduce the amount of waste you, as an individual, are producing.

The “Zero” in zero waste, I like to interpret as aspirational – it is what we want to achieve and we begin this journey towards that aspiration, but it doesn’t mean you don’t take the first step because it feels so out of reach.

I believe a lot of us out there want to do the right thing and want to have less of an impact on our environment and the planet but, often we don’t know where to start or how to put ideas into practice.

Truth is, every bit of change in how we consume, what we consume and how we either dispose, reuse, or recycle can have a huge impact but here’s the catch – it all begins with a decision and the will to change our habits and bring awareness into our choices – and that requires effort.

The question here is not whether Zero Waste is possible or how hard it is to achieve Zero Waste but rather, how much of an effort are you willing to put in and make the small changes in your daily choices and lifestyle that will make a difference?

What can I do?

I’ve created a list of small but impactful changes you can do right now to begin your journey to minimize waste. They are intentionally kept to simple changes, so it doesn’t seem so daunting a task.  Key point here is don’t feel like you must do everything all at once. Change one habit and when that feels like second nature to you, go to the next habit and so on.

– How much do we all love coffee? But using single-use, disposable coffee cups is contributing to the rising waste in our landfills. In Australia, it’s estimated 1.2 billion coffee cups end up in landfill every year. Invest – in a re-usable cup and take that with you. Many cafes these days will offer you a discount for bringing your own cup and reusable cups can be purchased anywhere. 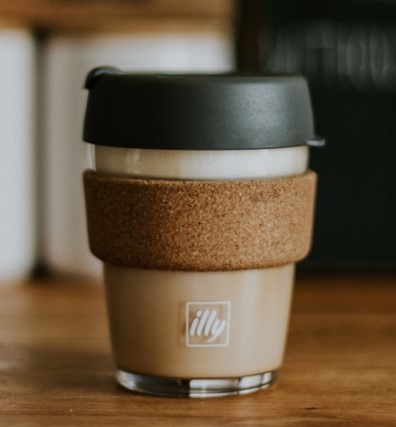 – I’ve always hated wasting food. It was drummed into me by my parents and whilst I found it annoying growing up, I’m eternally grateful I’ve carried this forward and I’m doing the same now with my kids. The number of people that go hungry each day whilst we empty our unfinished food into the bins or throw food that’s gone off because we didn’t get round to using it, is almost criminal. Make a menu – this is what we’ve adopted in our home. My husband and I make a menu for the week and purchase ingredients we need for our menu.  Added bonus is we’re never left thinking what are going to cook tonight as we’ve worked that out.  Since then, I’ve noticed less food waste ending up in bins. Compost – If you can’t or don’t want to compost at home for whatever reason, don’t let that stop you. Go to https://sharewaste.com and see who in your neighbourhood can compost your food scraps for you. How great is that? 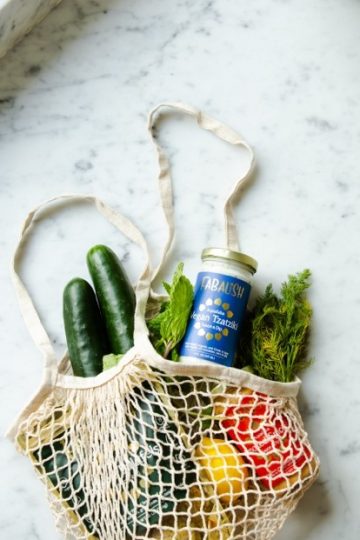 – Firstly I’ve never understood why some fruit and veg has to be pre-packed in plastic – makes no sense to me. Next time you’re at the supermarket consider these options:

Invest – in reusable cotton net fruit & veg bags. This is a great way to stop using the rolls of plastic bags placed at the foot of fruit and veg isles.

Choose – loose and unpacked fruit and veg and if you can, choose fruit and veg that have been classed as “The Odd Bunch” meaning they are not the uniform shape or size but there’s no compromise on taste. Usually, these cost less so a bonus here is that you’ll save some money. 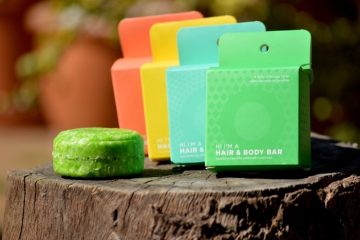 – Now this really is very easy and can be extended to conditioner and body wash.

Swap – your plastic bottle containing shampoo, conditioner and/or bodywash with bars. There’s no need to shop at a fancy store for this swap, your local supermarket has many alternatives on offer. 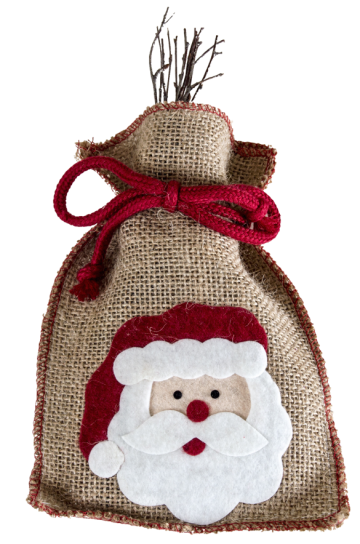 – Yes, it’s that time of year already and the statistics here are shocking. During the festive season, Australia gets through 150,000 kms of wrapping paper. Yes, many of you may be thinking “But I recycle” however, the resources and energy used to produce the wrapping paper is being consumed and, from my perspective, unnecessarily.  Here’s what you can do:

Ditch – the wrapping paper and invest in basic hessian Xmas Santa Sacks or re-useable gift bags.  My husband and I bought the hessian sacks last year and we just put the presents in the sack. Honestly, it was the best thing we did as we saved loads of time wrapping up gifts for our 5 kids and the reduction in paper waste was noticeable.

Consume consciously – We all want to give our loved ones everything during this time of year but just sit back and think whether it’s really wanted or needed. Don’t buy for the sake of buying. In Australia in 2018, it was estimated $400 million was spent on 10 million presents that were unwanted, many of which were discarded and most likely ended up in landfill. Think about whether you can forego a physical present and give to those in need instead.

So, it really doesn’t need to be a daunting task to change your habits and move to a “zero” waste lifestyle. It’s just being aware of the choices you’re making and trying to make better ones.

It’s all about doing what you can with what you have and not feeling overwhelmed.

My key message can really be summed up with this beautiful quote:

“A journey of a thousand miles begins with one step”.

I’m a big believer in living consciously, bringing awareness and compassion into everyday choices. It’s not about being perfect, it’s about doing the best you can with what you have.

When many of us are afforded the luxury of choice, why not make the compassionate choice – the choice that is kind to people, animals, and the environment?

All we need to do every day is just head in the direction of kindness.

Say hello to our team of zero waste superstars here.

Feel like sharing a bit of your wisdom to the world? Please do so, we’d love that! You can find more info here.

If you ever feel bored on a Sunday afternoon, you can go for a walk OR read our Terms and Conditions and Privacy Policy. Soooo tempting.

You can drop us an email at hello@zerowastenest.com if you want to share an idea or thought.

Have a product that is low waste? Please tell us more about it at advertise@zerowastenest.com.

Get our latest tips, news and discount codes in your inbox!